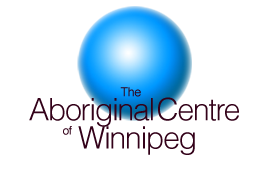 The Neeginan Centre was incorporated in October 1990 to realize the goal of providing a centre that promotes the social, educational and entrepreneurial growth of the Aboriginal community in the City of Winnipeg .

The Neeginan Centre is a gathering place for people and a centre to foster new ideas in education, economic development, social service delivery and training. Through the Centre, the participating organizations have established stronger linkages and mechanisms to cooperate more fully in the design and delivery of services for Aboriginal people in Winnipeg .

The Neeginan Centre is a non-profit corporation, controlled and operated by a Board of Directors comprised of community based organizations that offer services and development opportunities for Aboriginal people.

In December 1992, the Neeginan Centre in a partnership agreement with the federal government, purchased the former Canadian Pacific Railway Station at Higgins and Main, renamed it The Aboriginal Centre of Winnipeg and began the process of renovation and restoration of the facility to what it has become today.

Shortly after taking ownership of Winnipeg ‘s Canadian Pacific Railway Station, Neeginan Centre learned that it did not qualify as a charitable organization. As such, Neeginan Centre could not solicit and receive donations to help cover the cost of preserving the building’s important historical features. To correct this shortcoming, the ACWI Heritage Corporation (AHC) was formed “to restore, maintain, improve and enhance a building of historical significance.”

In late 1993, Revenue Canada granted AHC charitable status making it possible for members of the public to support the restoration of this important historical structure.

By the end of 1995, with the application of these financial resources, some rental revenue from the Neeginan Centre, and over 100,000 hours of labour by Aboriginal workers, the major architectural features of the Centre were restored. From 1995 to 1998, renovations continued retrofitting the interior, and included the expansion of the east wing providing additional square feet of office space.

Restoration work is still continuing. Projects still to be undertaken include completion of work on the facade, site security and access, installing appropriate site signage and lighting, as well as, developing an interpretation program.

Our Board of Directors

Neeginan Centre is located at

For directions or any general information regarding the Centre please contact (204) 989-6605, or by email at events@abcentre.com